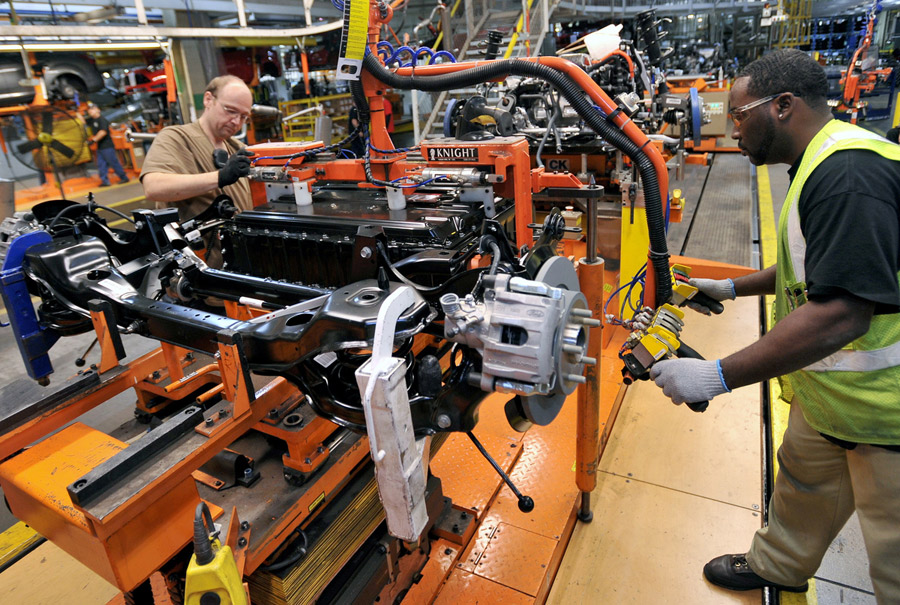 According to data released by research company Markit, manufacturers in the U.S. showed a significant rebound in October following a three-month low indicating a possible improvement as the economy moves into the fourth quarter.

Markit said that its manufacturing PMI index increased to 53.2 last month from 51.5 in September, boosted by a spurt of new orders and goods produced during the year. Production has now seen growth for five continuous months.

Markit stated that the October report “signaled that U.S. manufacturers started the fourth quarter in a strong fashion.”

The boost in manufacturing wasn’t just contained to the U.S., similar indexes of Markit saw Europe and Japan see a solid improvement. The euro-spanning index hit a 10-month high as Germany’s index rose to a 33-month peak and the French index hit a 31-month peak.

“Fears of a major downturn in the global economy continue to look misplaced,” said Capital Economics.

Central banks across Japan and Europe have been attempting to boost their economies through the use of monetary policy to ensure interest rates remain low and entice companies to borrow. Imports which are now cheaper due to the stronger dollar have caused American consumers and businesses to drive up sales from the regions.

Upturns for manufacturers in the United States and across the world have previously been sporadic and eventually faded away. It is now yet to be seen whether the recent data is sustainable or not. After the U.S. saw growth of 2.6% last year, it is now expected to grow less than 2% in the current year partly due to poorer manufacturing conditions and lukewarm business investment.