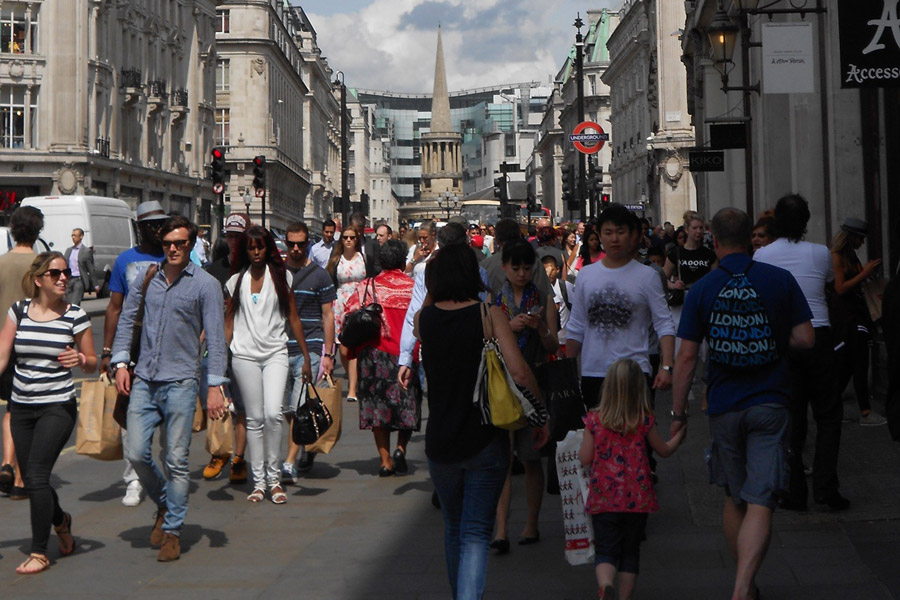 In a study done by KPMG and the British Retail Consortium, consumer spending in October was on the rise to back-up the UK’s economic growth, surprising analysts and economists as it surges on since voters chose to exit the European Union.

House prices have also been at their highest since Brexit growing by 1.4 percent during the month showing analysts that there is still demand for property in the wake of an increase in stamp duty in April and housing market confidence being hit after the referendum.

Retail sales went up to their strongest since January by 2.4 percent on the year showing signs of a positive sentiment from households.

Sales of clothing items as well as the electronics sector, which was backed by the release of the iPhone 7, saw an increase in demand during October.

“The collapse of sterling continued to attract a rising number of international shoppers who drove higher demand for luxury goods, particularly jewellery and watches,” said Richard Lim from Retail Economics. He added that foreigners and tourists increased their spending at retailers.

The fall of the pound sterling, however, could put a spanner in the workers as the import costs of goods will be affected next year.

“A major concern for the economy – and retailers in particular – is that it looks inevitable that the fundamentals for consumers will progressively weaken over the coming months with inflation rising markedly due to the weakened pound and companies likely increasingly looking to hold down pay to limit their total costs,” according to Howard Archer at IHS Markit.“We suspect that consumer price inflation will reach 3pc before the end of 2017 and could get up towards 3.5pc in early-2018.”

Halifax also noted an increase in the housing market.

The housing index had been seen falling in the months of July and August with a small 0.3 percent increase in September. The sudden increase in October came as a surprise and contrasted the report of Nationwide, which showed that prices of housing remained flat on a month on month basis.

The increase in monthly prices was largely due to high buyer demand prompted by low mortgage rates and the large shortage of homes on the market, according to the data released by the Royal Institution of Chartered Surveyors.

“Data from Halifax point to house prices stagnating in the third quarter,” said Andrew Wishartof Capital Economics.“That echoes the broad picture outlined by other indices that, while house price growth slowed in the wake of the referendum result, there is no evidence of any substantial fall in values.”