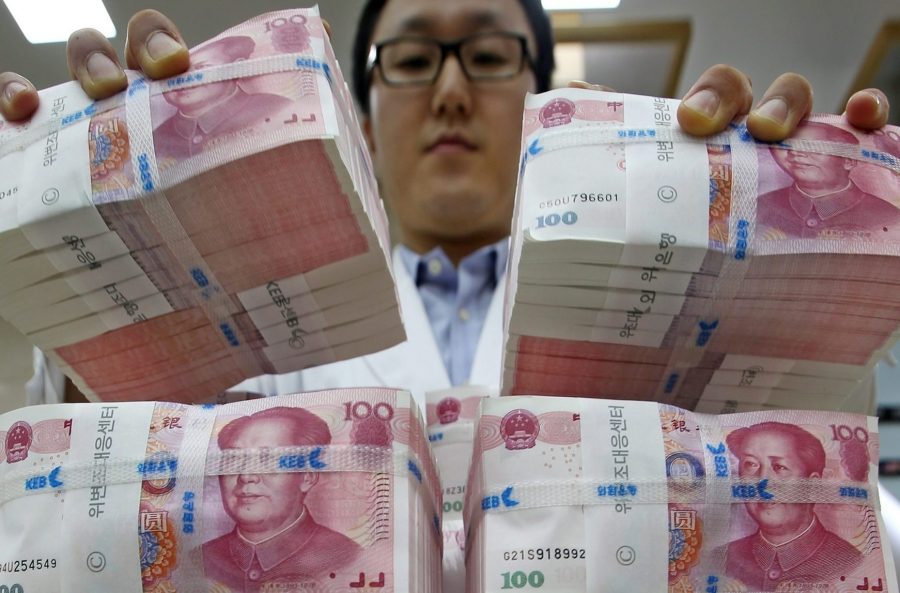 The Chinese yuan faced its biggest loss in a month when the central bank pushed back its reference rate of the currency and the dollar surged.

The onshore exchange rate went down to 6.7764 per dollar, down 0.33 percent by 6:14 p.m. in local time. It is the biggest currency fall for the yuan since October 10 against a basket of currencies. Despite the yuan being eased last week when the U.S. currency slumped, new data on Monday identified foreign currency reserves of China went down in the previous month the most the country has experienced since January after pressures of depreciation rose.

Since the Chinese currency was included in the reserves of the International Monetary Fund in October and the possibility of higher interest rates in the U.S. pushed up the dollar, reserves have dropped at a significantly faster pace. In the previous month, the country’s reserves declined to $3.12 trillion, down by $45.7 billion, which according to the central bank is its lowest since 2011.

“The yuan will drop against the dollar and a basket of currencies in the coming days, as the PBOC has been engineering the depreciation to preempt any sharp spikes after the U.S. election or a Federal Reserve rate hike,” according to Nataxis senior economist for Greater China, Iris Pang. According to her it is policy makers who “can control the pace of depreciation with stronger fixings and direct intervention if there are any signs of stress.”

The CFETS RMB Index, showing the progress of the yuan against 13 currencies went down for the fifth straight day to 93.74. According to data, the People’s Bank of China cut the daily reference rate of the currency by 0.31 percent, with offshore rates dropping by 0.2 percent for the third straight day of losses.

According to speculation, monetary authorities in China were strengthening the yuan just before the Group of 20 meeting in September and its imminent inclusion in the IMF before it allowed the currency to continue falling.

“The yuan was sprinting all the way to approach 6.8 per dollar in October, which may have prompted the PBOC to sell some reserves to stabilize the market,” according to Gao Qi, a Singapore-based foreign exchange strategist at Scotiabank. “Capital outflows will continue, the only question is how fast, and that depends on the dollar’s move.”

In open market operations on Monday, the central bank was bleeding 140 billion yuan ($20.7 billion), which is the most in three weeks according to analysts, prompting the central bank to step in and pull funds from the country’s financial system to put them up as loans worth 437 billion yuan to lenders on November 3 through the Medium-term Lending Facility.

One of the gauges for the funding availability of the currency, the overnight repurchase rate for the yuan, went down for the sixth straight day. It went down by 1 basis point on Monday to 2.09 percent according to the weighted average. Government note yields due in ten years increased 2.77 percent, up by 4 basis points as reported by National Interbank Funding Center prices.