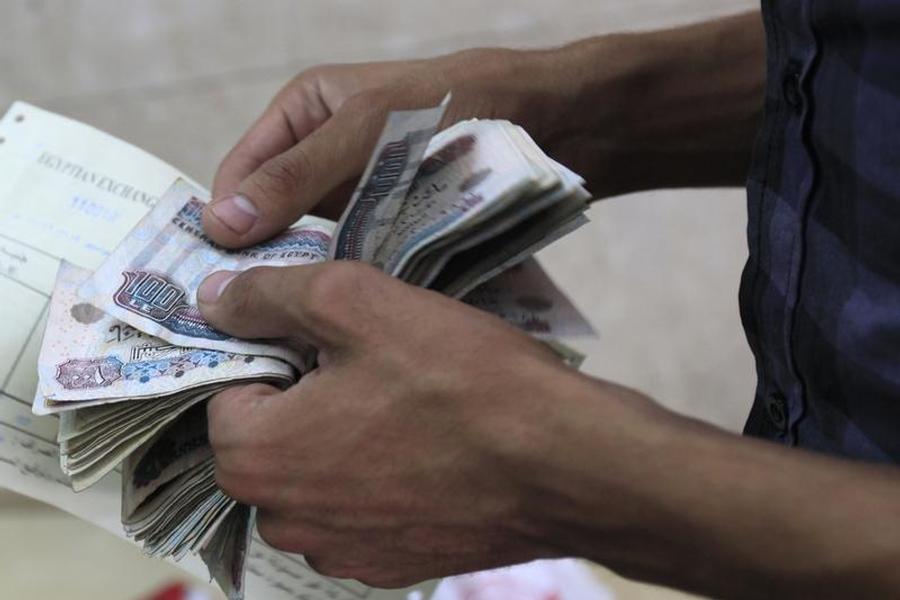 After weeks of turmoil, in a move to rebalance currency markets, the Egyptian central bank has allowed the Egyptian pound to float on Thursday devaluing by 32.3 percent to a primary guidance level of 13 pounds to the U.S. dollar.

A scarcity of dollars in the economy had put the pound under downward pressure in recent months as the currency has been pegged at 8.8 to a dollar since March.

A 2011 uprising had driven away foreign investors and tourists and the country had a hard time earning dollars after losing their main source of foreign currency.

Strict capital controls and rationing dollars has been the central bank’s solution while keeping the pound at an artificially strong official rate slowing down trade as Egypt relies on imports.

A sudden slide in the black market to 18 early this week had caused importers to stop buying greenbacks. By late Wednesday, the rate strengthened to 13 per dollar, allowing the central bank an opportunity to devalue.

Freely floating the Egyptian pound was a step further than bankers expected the central bank to take when it was announced early on Thursday. At the same time, it hiked benchmark interest rates by 300 basis points to buoy the currency.

“The Central Bank of Egypt hereby announces its decision to move, with immediate effect, to a liberalised exchange rate regime in order to quell any distortions in the domestic foreign currency market,” it said in a statement.

“This move will allow market demand and supply dynamics to work effectively in order to create an environment of reliable and sustainable provision of foreign currency.”

Egypt reached an initial deal with the International Monetary Fund in August to support an economic reform program with a $12 billion three year loan when the country had a budget deficit of 12 percent in the 2015-2016 fiscal year and currency markets faced severe distortion.

Egypt was expected to devalue the pound and leave its currency pegged to the dollar for a more flexible exchange rate mechanism as part of their economic reform. This move could open billions of dollars in foreign investment, economists say.

Cairo-based financial service company Pharos Holding’s COO Angus Blair said, “There will be relief in the market and with companies that the devaluation has happened.”

“The resetting of Egypt’s economic equation has begun at last, but much more needs to be done by the government to reform the economy,” he added.

According to bankers, they have been told that the central bank would set a preliminary guidance rate of 13 pounds per dollar and banks would be permitted to trade within a 10 percent band above or below the given rate until an exceptional foreign exchange sale at 1:00 p.m.

The band will be taken out after the auction’s results, according to a central bank memo that was sent to banks earlier on Thursday. $4 billion will be offered at the exceptional auction for which banks can offer and bid freely. This new rate was non-binding and would serve as “soft guidance to jumpstart the market”.

After the flotation, dollar bonds rallied 2 percent across the curve and Egypt’s stock index rose 8.3 percent on the news with many stocks increasing to their 10 percent daily limits.