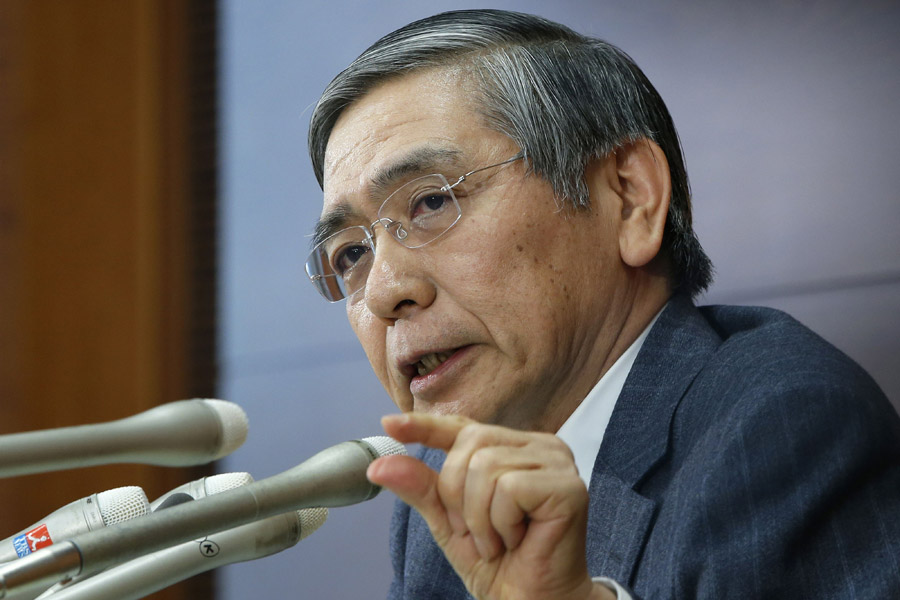 On Tuesday, the Bank of Japan dropped its inflation forecasts after a ream of poor data whilst also holding off from increasing stimulus policy, an indication that Gov. Haruhiko Kuroda may be looking at more significant changes.

Following a two-day meeting, the board of the central bank decided to leave the bank’s new benchmark for 10-year government bond yields at zero. The Bank of Japan also made the decision to leave its target for commercial bank deposit interest rates at -0.1%.

The bank moved its forecast date for hitting 2% inflation back to fiscal 2018 which will end in March 2019, a year later than original targets of fiscal 2017.

“It is regrettable that we were not able to realize 2 percent inflation within two years,” Kuroda said in a statement after the two-day policy meeting.

The move to stay still on policy arrives as the government’s inflation figures show consumer prices have dropped since March. The BOJ’s inflation gauge which excludes fresh food and energy rose only 0.2% in September, it’s slowest in three years.

The new moves identify Kuroda’s changing approach after he daringly stated in April 2013 that he would deliver 2% inflation. Economists now believe he has moved towards a slower, more realistic approach which outlines the understanding now that central banks are unable to create price growth as easily as they once thought.

The Bank of Japan said in its report:

“On the price front, the momentum toward achieving the price stability target of 2 percent seems to be maintained, but is somewhat weaker than the previous outlook, and thus developments in prices warrant careful attention going forward.”

The central bank also left its asset purchases the same, this included targets for buying amounts of real-estate funds and stock each year. In essence it restated that it would acquire Japanese government bonds “at more or less” the prior annual target pace of 80 trillion yen ($767 billion).