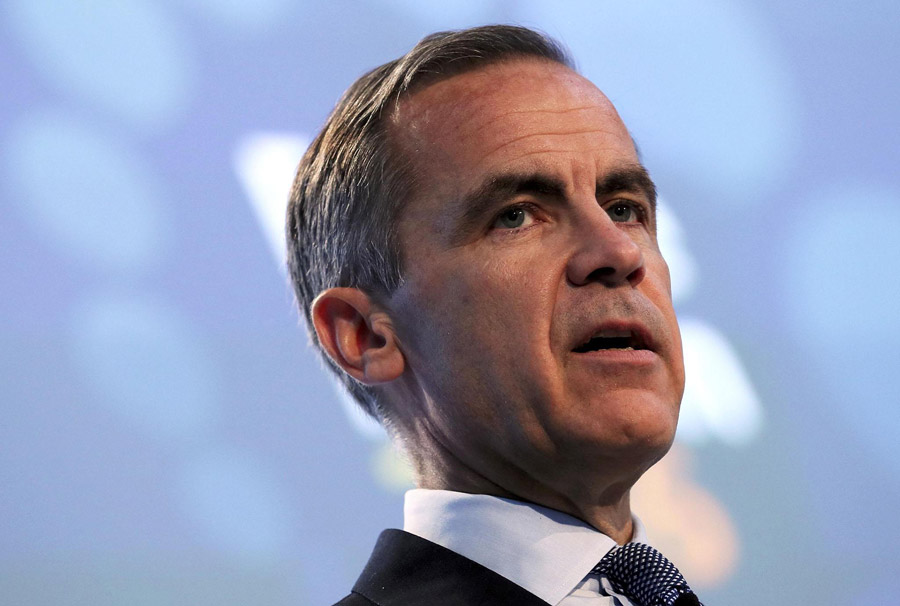 Prime Minister Theresa May has said that Mark Carney is still the best choice of governor at the Bank of England and she supports his role until 2021. The remarks came as Carney is being forced to clarify his intentions on whether he wishes to stay in his post.

According to reports, Carney announced that he was planning to leave the Bank of England in 2018, but recent reports said that he was considering the possibility of extending his tenure at the central bank.

A report from the economics editor of the BBC, Kamal Ahmed said, “All the people I’ve spoken to, close to Mark Carney, suggest he is more toward staying than leaving.”

In June of 2013, Carney committed his service to the bank for a five-year tenure when he was assigned governor. After his instatement in the bank, he has been saying that he is considering an extension of his stay following up that he would clarify his decision by the end of 2016 should he decide to go ahead with his full eight-year term which is normal for governors.

Many economists believe that Carney is set to help the UK through the problems the country could face due to the potentially turbulent negotiations of Brexit, but it has also been made clear that his stay would be an “entirely personal decision.”

“The PM has been clear in her support for the governor, the work he is doing for the country,” the prime minister’s spokeswoman said. “It is clearly a decision for him, but the PM would certainly be supportive of him going on beyond his five years…The PM has always had a good working relationship with the governor of the Bank of England and intends to continue that.”

May’s spokeswoman also confirmed that the prime minister thought that Carney was “absolutely” the right man for the job.

Carney is expected to make his announcement on his decision on Thursday during a news conference after the central bank releases its publication of the Bank’s Quarterly Inflation Report as well as the organization’s results regarding its latest interest rate meeting.

The BoE claims that the governor has decided to leave his post by June 2019, which gives him an additional twelve months. But he will forgo the option of staying for another three years despite a vote of confidence from the prime minister.

According to Carney, the additional twelve months that he could be staying in the Bank of England will include the transition period until Britain leaves the European Union. During these months, he will be helping to secure a transition that is orderly and maintain a good relationship between the UK and EU.

Mark Carney has been joined by his wife and children in the UK when he was appointed governor of the bank.