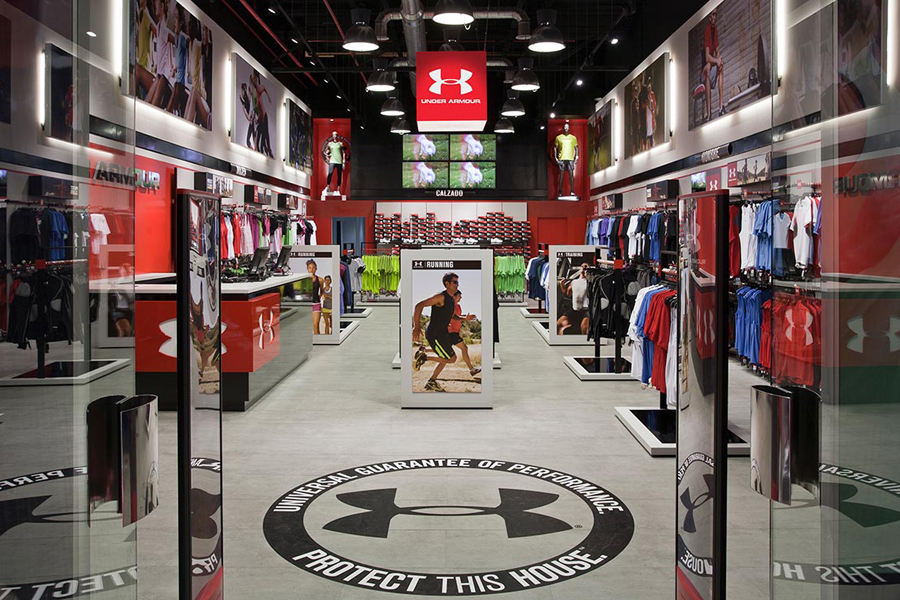 Under Armour, the U.S.’s second largest sportswear brand reported on Tuesday its slowest growth in quarterly sales in the last six years after its most popular region, North America slowed.

The business reduced its long-term outlook for the majority of its business as the market adjusts to numerous sporting retail stores being forced into bankruptcy.

In opening remarks to investors and analysts on a conference call, the company said:

“While we expect to continue to significantly outpace the apparel industry, the growth rate going forward will be less than expected from our Investor Day in 2015,”

Following the update to analysts and investors, Under Armour stock dropped as low as 16 percent to $31.77 in volatile pre-market trading whilst the stock has dropped by 20 percent over the last 12 months.

“Despite the overall robustness, there are a few emerging signs that Under Armour is now headed into a tougher period. Foremost among these is the lower domestic growth rate within North America.”

The company did see net sales growth in North America of 15.6 percent during the third quarter ended Sept. 30, although this was under the company’s 20 percent growth mark which it normally reaches.

In July Under Armour did outline that sales in the period would slow down due to the bankruptcy of Sports Authority.

Gross margins during the quarter dropped to 47.5 percent from 48.8 percent last year, as the clothing brand increased promotions to ensure products that usually would have been retailed at Sports Authority were sold.

Despite the fall in growth, total sales increased by 22 percent to $1.47 billion, spurted by new new styles of running shoes, and men’s and women’s training apparel.

Footwear was one of Under Armour’s biggest gainers as sales increased 42 percent to $279 million in the quarter due to the ongoing popularity of footwear promoted by NBA star Stephen Curry. Apparel revenue increased by 18 percent to $1.02 billion in the third quarter finishing Sept. 30.

Tagged as: Retail Sportswear Under Armour